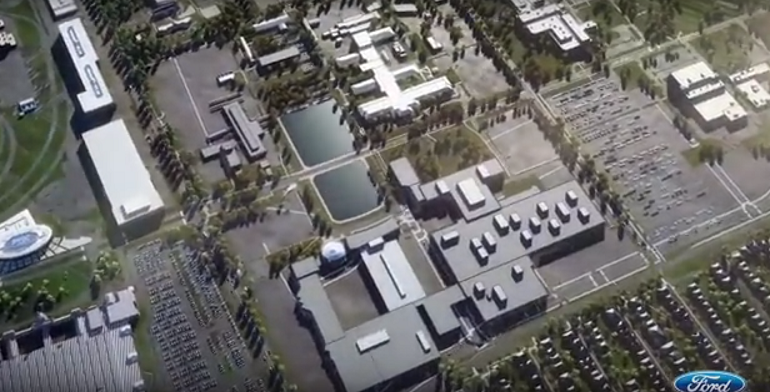 In 2016, Ford Motor Company began an extensive renovation of its Ford Research and Engineering Center Campus in Dearborn, Michigan. The estimated completion date is 2026. And the list of new features and planned upgrades is impressive. Walking trails, collaborative workspaces, and the latest wired and wireless hardware will become part of this all-new 700,000+ square foot renaissance. As will energy-saving sustainable technologies, including geothermal heating and cooling.

Ford is just one major player that has embraced geothermal heat pumps (GHPs) for their increased efficiency and significant savings in energy costs.

Google-owned Dandelion is spearheading GHP initiatives in New York.  Amazon has been studying geothermal heating and cooling for its new HQ, as well as for various Amazon warehouses.

Ball State University now has 5,000 tons of geothermal capacity and 500,000 square feet of geothermal space conditioning.  Over 250 schools in Texas have GHP systems, including the Frisco School District, which boasts 60 GEO schools with an average Energy Star rating of 98, and some schools rated 100.

One incentive for using GHPs is the recently approved Investment Tax Credit (ITC), which allows 30% of the entire cost of the system to be taken as a tax credit by individuals; the tax credit is 10% for commercial uses.  For projects of this massive size, geothermal energy makes perfect sense.